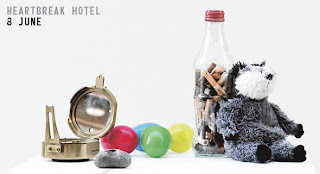 Heartbreak Hotel was a one-night-only event on 8 June 2011 at the SBW Stables Theatre, Kings Cross, as part of Griffin Theatre Company's Festival of New Writing.

There are a special breed of people in the world for whom Kate Bush is the goddess of everything, keeper of all wisdom. I am one of these people, and like it that way. I am firmly of the belief that there is a Kate Bush song for everything, and in true Kate-is-the-greatest style, I was vividly reminded of one walking back to Kings Cross station after my evening at Heartbreak Hotel. The song is Love and Anger. Here's a sample of some of the lyrics:

"Take away the love and the anger
"And the little piece of hope holding us together
"Looking for a moment that'll never happen
"Living in the gap between past and future."

Not one of Kate's OMGgreatesthits, nor one of her more obscure - she's hardly suspended in gaffa here - but I think it sums up neatly what Heartbreak Hotel was about. It was about love, anger, and 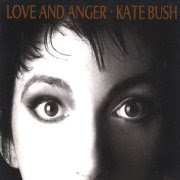 the end of hope - and what happens after. What do you do when something is over? How do you reassemble yourself and learn to love again? Does hope really spring eternal? And how do you stop being so damn angry about it?

I was a little nervous going into Heartbreak Hotel. A little of this was because my date bailed on me and so I was there alone like a total nigel (apt, considering!) but mostly because I wasn't quite sure to expect, and I was worried it might tend towards the performance art. I am terrified of performance art. It is a bizarre phobia. I am in no way opposed to the concept, but unlike 'true' theatre, where I can go all reception theory and apply my own reading to a performance, I am always afraid with performance art that I won't get it and thus completely undermine myself as a professional smart person.

No, I did not say it was a sane phobia. I am well aware it is completely mad.

Anyway. I am still not sure where to classify Heartbreak Hotel - is it theatre? is it performance art? is the difference between these two completely arbitrary and pointless in my mind anyway? - but I am sure of the fact that I enjoyed the evening and didn't come away feeling like I didn't get it or anything like that. I know I missed things. Originally, I believe this project was called the Museum of Broken Relationships and I think I like this name better than 'Heartbreak Hotel', because this is what it was: a theatricalised museum, full of exhibits and interaction - the kind of place you want to return to, because you know you didn't get to everything. I would have loved to see Glace Chase, the agony aunt, and experience the Teen Love Crush, but there just wasn't time. And sadly for me, I cannot go back - the hotel was one night only.

It was completely packed, and Griffin might have benefited from opening the hotel/museum for a few nights to mitigate the demand - I feel this keenly as a short person who is continually getting stuck behind tall people and never being able to see. However, given the many other awesome things going on during the Festival of New Writing, I can see why they didn't. And maybe that would somehow lessen the impact of the experience anyway - spreading it out might weaken the blow, so to speak.

My favourite part of the heartbreak smorgasbord was the sensory sound lock, where hotel guests were taken one by one into the cleaner's closet, blindfolded and beset with smells and tastes and other sensory stimuli. Theatre is a necessarily visual medium and so taking away that key sense and forcing people to engage with a story on another, almost visceral level was both exhilarating and confronting (particularly if the story you were engaging with was as vengeful and angry as mine!) A massive part of the appeal of theatre is the immediacy, the tangibility, the closeness, but even then, looking at something and seeing the difference and the distance between you and it is a barrier created by sight. The sound lock removed that and it was theatrical storytelling in the most immediate sense. I loved it.

I wasn't so keen on Shut Up, the performance in the front alcove, for which hotel guests all wore headphones while actors did a sort of stylised movement thing. Maybe it triggered my fear of performance art - who knows? but it was probably largely because I was standing behind people a good foot taller than me. It is hard to be short. I had a case of this in the other headphoned piece, also held in the foyer, but then the actors conveniently marched right out onto the road and I (awesomely) had front row viewing. This piece was very raw and very real - it had a sense of theatre of the invisible about it, even though the actors were very clearly ignoring the bazillions of people obviously staring at them (not just a fourth wall here!)

Yes, No, Maybe out in the park was a gorgeous little piece (albeit cold - why, why, why did Sydney have to have one of its coldest nights in living memory on hotel night!) and I also really enjoyed Sands Through the Hourglass upstairs in the theatre, which evoked memories of the first ever play I saw at Griffin - Quack, the zombie play. The woman in this piece was so perfectly doll-like it was eerie, and the man was adorably well-meaning in the most sinister way - a houngan who had stolen the soul of his zombie bride. It was heartbreaking and chilling all at the same time. And also, I got free bubbles.

Heartbreak Hotel was like theatrical therapy - cathartic and ultimately hopeful, despite it being about the end of love, the end of hope, and the overpowering desire for revenge. I loved the idea of it as a museum - as preserving things that are past, are dead, are history, so that we can learn from them and move forward.

And yeah, I also enjoyed writing a brief, angry letter to my ex and posting it in the box there. Love and rage are sides of the same coin.
Posted by Jodi at 4:39 AM